David McDonald’s artworks fuse the art of the readymade with assemblage, Minimalism, and Postminimalism. Composed of unremarkable materials such as raw and painted wood, bricks, paper, cement, and plaster. His sculptures propose an aesthetic rooted in the organic and handmade and their off-kilter compositions suggest a tension between order and chaos.

McDonald has works included samples from several bodies of work in this exhibition, and while the visual qualities vary, they all share a belief in process and intuition as a way of developing work. In addition, they all share an additive process whereby the elements are made and then come together at a later stage in the development of the work.

The Light series is one of the sequences he has included in the exhibition. The body of work is composed of pieces that were made in a single pour of hydrocal into a mold. The hydrocal, a type of white gypsum, is colored by concentrated watercolors before it is poured. Due to the inherent vaporous qualities of watercolor the pieces have the contradictory appearance of being solid shapes and mass but with ephemeral surfaces.

McDonald has also included two larger (55 inches tall) pieces in the show that are a continuation of a group of pieces he has developed over the past two years. They also are accumulations of events and materials that are brought together later in the process of making. These two pieces also play with light and transparency and have a seeming fragility to them.

The wire works on the wall are made from cannibalized pieces from previous works. In a sense he uses his own older and destroyed works as a type of found object that brings a sense of character and history to new pieces.

All of these works use natural light as a component of the piece, either by moving through the works or by activating the surfaces. The seeming solidity of the sculpture coupled with the ephemerality of the play of light on the surfaces creates an interesting contradiction that gives the works a certain tension. 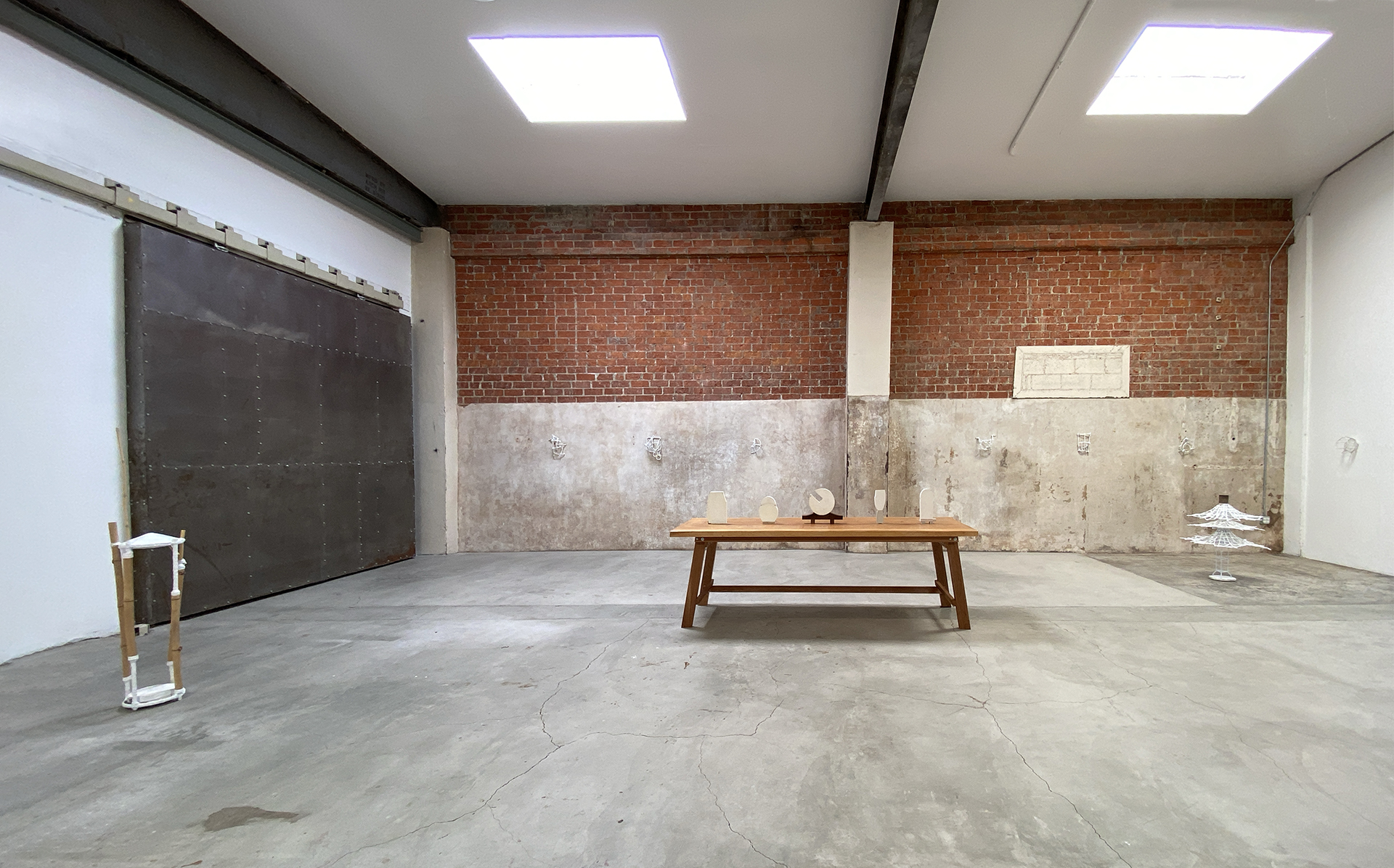 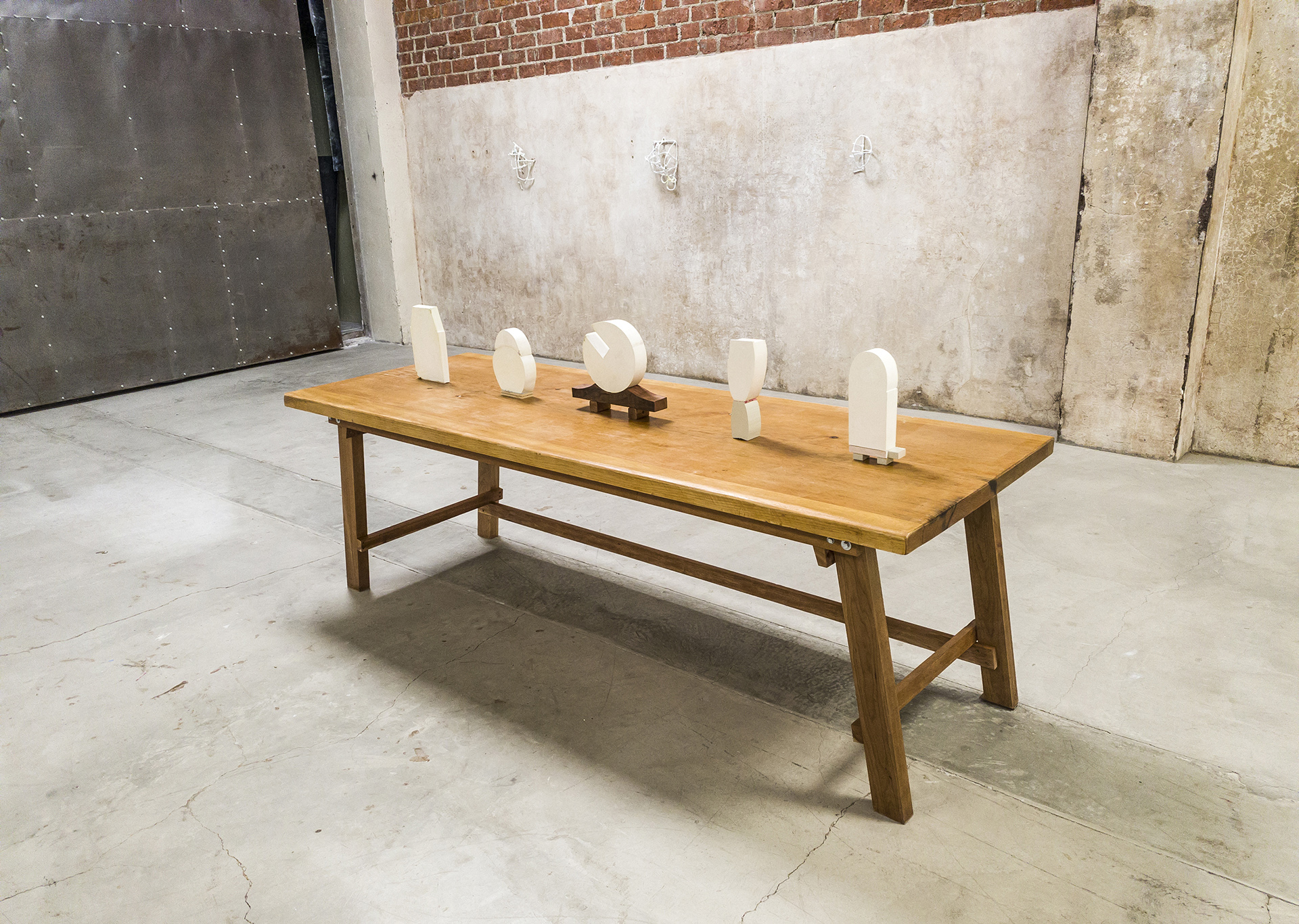 While known primarily for his Film Paintings, Carter Potter’s sculptural works have always been an important element to his artistic practice. He explores the ideas of beauty and despair inherent in the discarded couches and other furniture he finds on his way to the studio, or on walks in his neighborhood.

His practice includes re-contextualizing these objects through changing their normal orientation and/or stripping them down and then presenting them in galleries. Sometimes he makes paintings from the stripped fabric as well.

When Potter first visited PRJCTLA and saw Gallery Three - he described it as: “secluded, no windows, a high ceiling with skylights and floodlights, a concrete floor with a ramp, and doors and details with unknown functions”, he immediately thought of it as a torture chamber, albeit a gorgeous and aestheticized one.

The rawness of the space provides a perfect platform for his work. Potter describes it as a match made in heaven for an exercise in hell. Or is it the other way around? The viewer can decide. 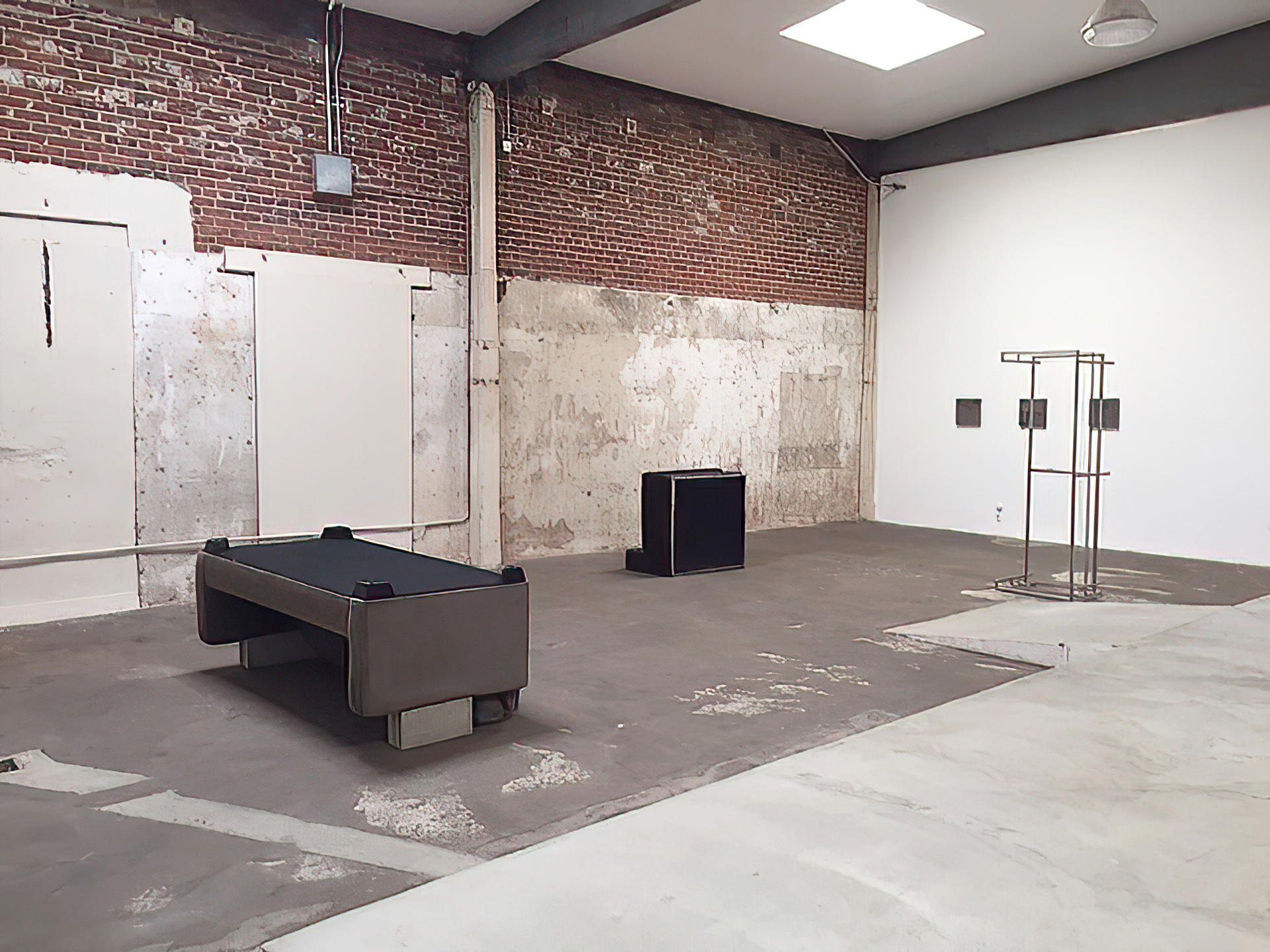