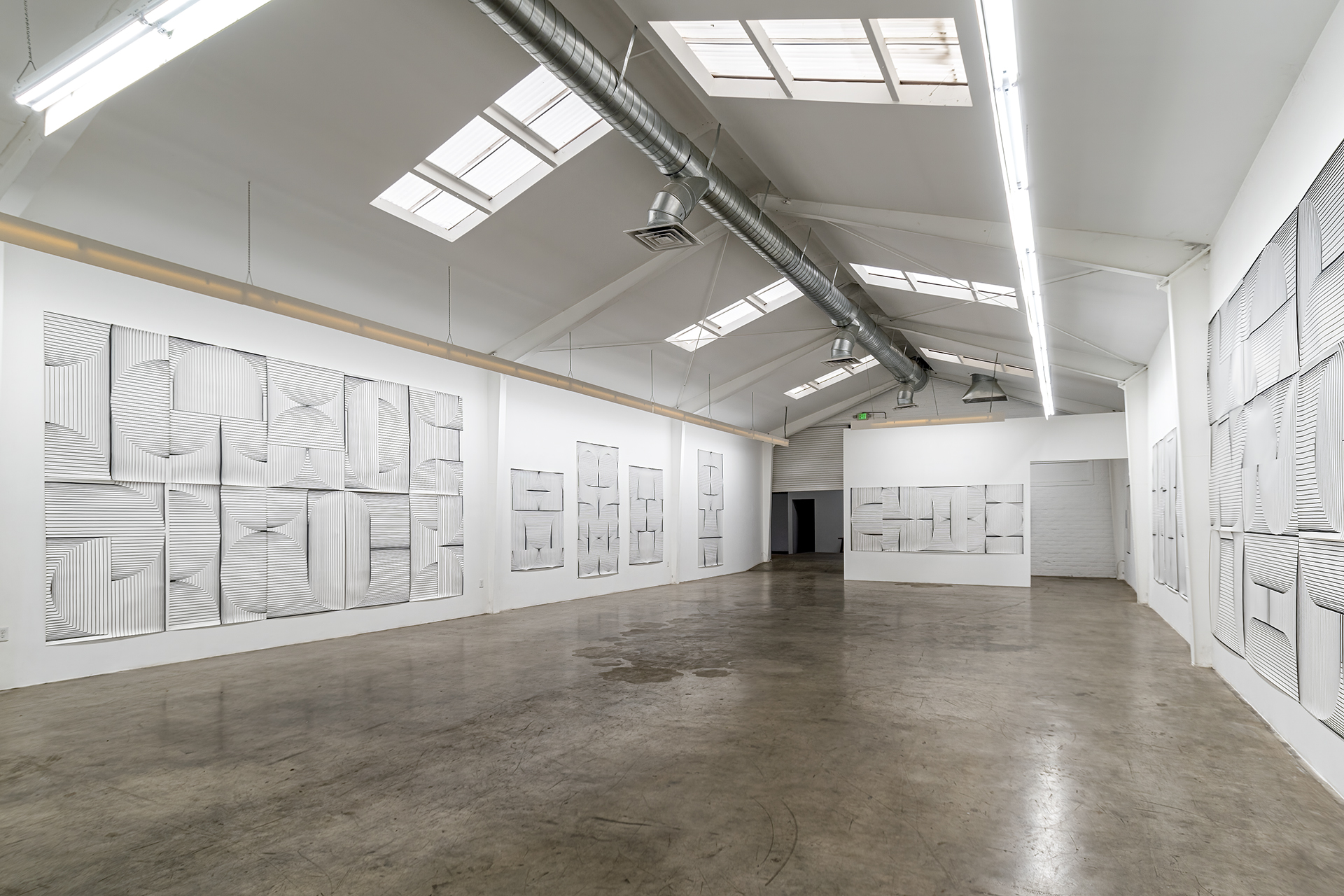 Los Angeles, CA - PRJCTLA is pleased to present Los Angeles-based Tim Hawkinson in the gallery's first solo exhibition for the established multidisciplinary artist. Hawkinson's studio-centric practice reveals a long standing commitment to discovery and an inventive process of problem solving in the creation of his work.

In “Drip Drawings”, Hawkinson presents a new series of large-scale drawings in which he continues to explore new creative processes and material. Fascinated by the inner workings of systems and the transformative potential of process and hand-making, Hawkinson explores different natural phenomenon in these new works that could be described as collaborations with gravity or studies in fluid ballistics.

With the simplest geometric figure as genesis, Hawkinson begins with a template in which points describing a circle become the initiating sites for a gradient of parallel drips which, when running off the steep inclination of the arc, are densely packed but gradually thin as the arc levels. The drips themselves are rendered with the aid of a tool designed by Hawkinson for the express purpose of feeding precisely measured rivulets of ink onto paper. The tool - similar to a tattoo artist’s needle in appearance but more like a micro water gun in application - is used in combination with a suction device that allows the artist to terminate each drip at its most critical point in the fluid’s trajectory.

To make a drawing, a sheet of paper is mounted on a large turntable fixed horizontally to the wall. Hawkinson applies India ink to the paper as prescribed by the template, finishing each drip with a blast of negative air pressure. He then rotates the paper and repeats the process from different angles. Through this method of rendering volume in a variety of combinations and inversions, more complex geometric forms emerge. Spheres, arches, bulges and dimples take on geographical features such as hills and valleys and ultimately (as seen in the later drawings) anthropomorphic qualities.

As the compositions become more complex, a sort of form-based language emerges. In titling individual drawings, the artist found an onomatopoetic system for identifying these individual forms which, when applied sequentially to a given drawing, created a strange perhaps alien-sounding utterance evoking both the primitive and the futuristic simultaneously.

Simple yet complex the new drawings may seem on first encounter reminiscent of 1960’s Op Art or renderings of Deco architecture. However, upon closer examination, the drawings exhibit a spontaneity and handmade quality that defies such categorization. These works build upon Hawkinson’s exploration and interest in process and unique applications of different materials to express his ideas. Behind the multitude of media and subjects he addresses is an underlying approach that is about discovery, problem solving and invention.

Tim Hawkinson was born in San Francisco in 1960 and received his BFA from San Jose State University before moving to Los Angeles in 1984 (MFA 1989, University of California, Los Angeles), where he remains currently based. Hawkinson’s work has been exhibited internationally with solo museum shows at the Museum of Contemporary Art, Sydney; J. Paul Getty Museum, Los Angeles; Whitney Museum of American Art, New York; Los Angeles County Museum of Art; and the Hirshhorn Museum and Sculpture Garden, Washington D.C., among others. 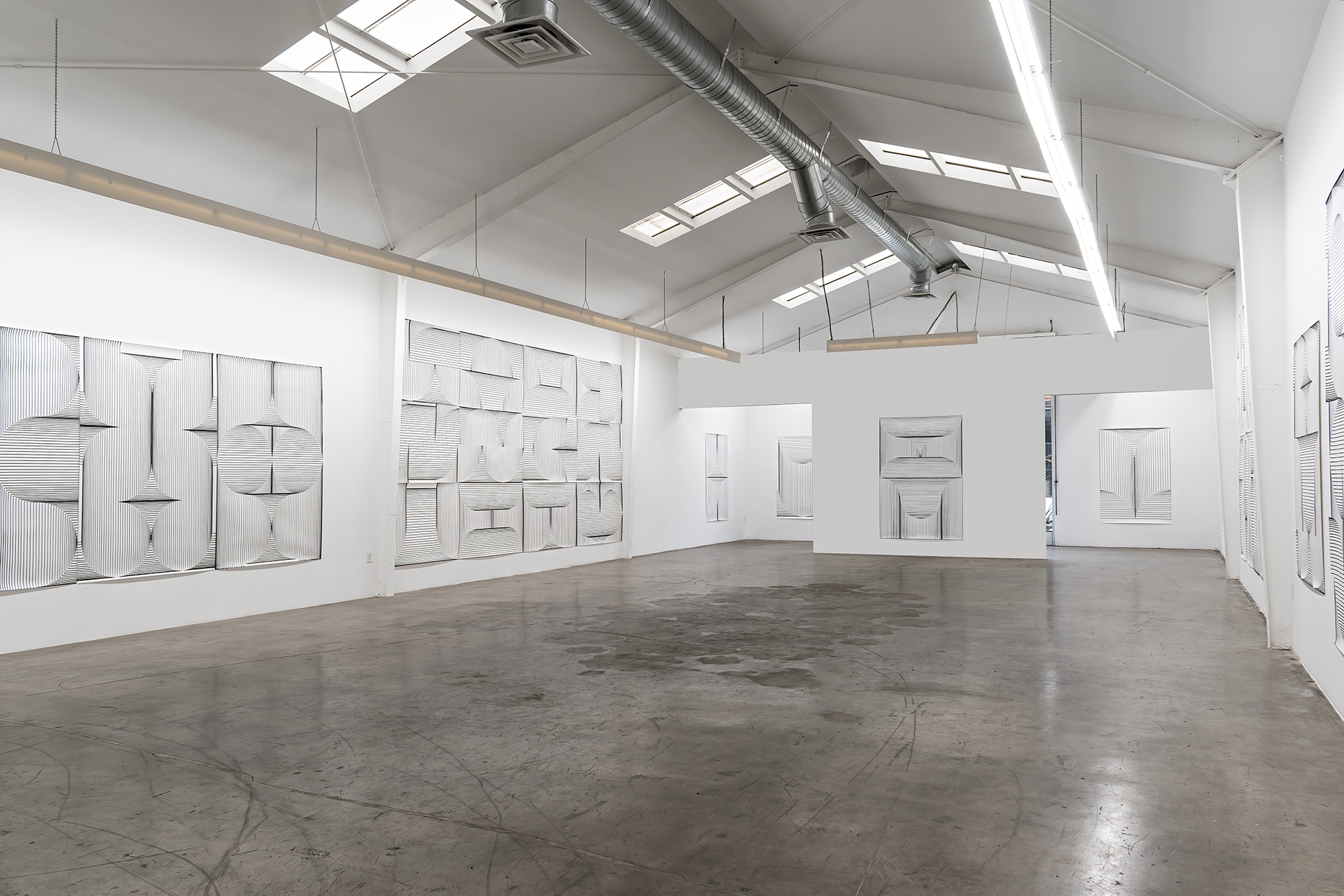 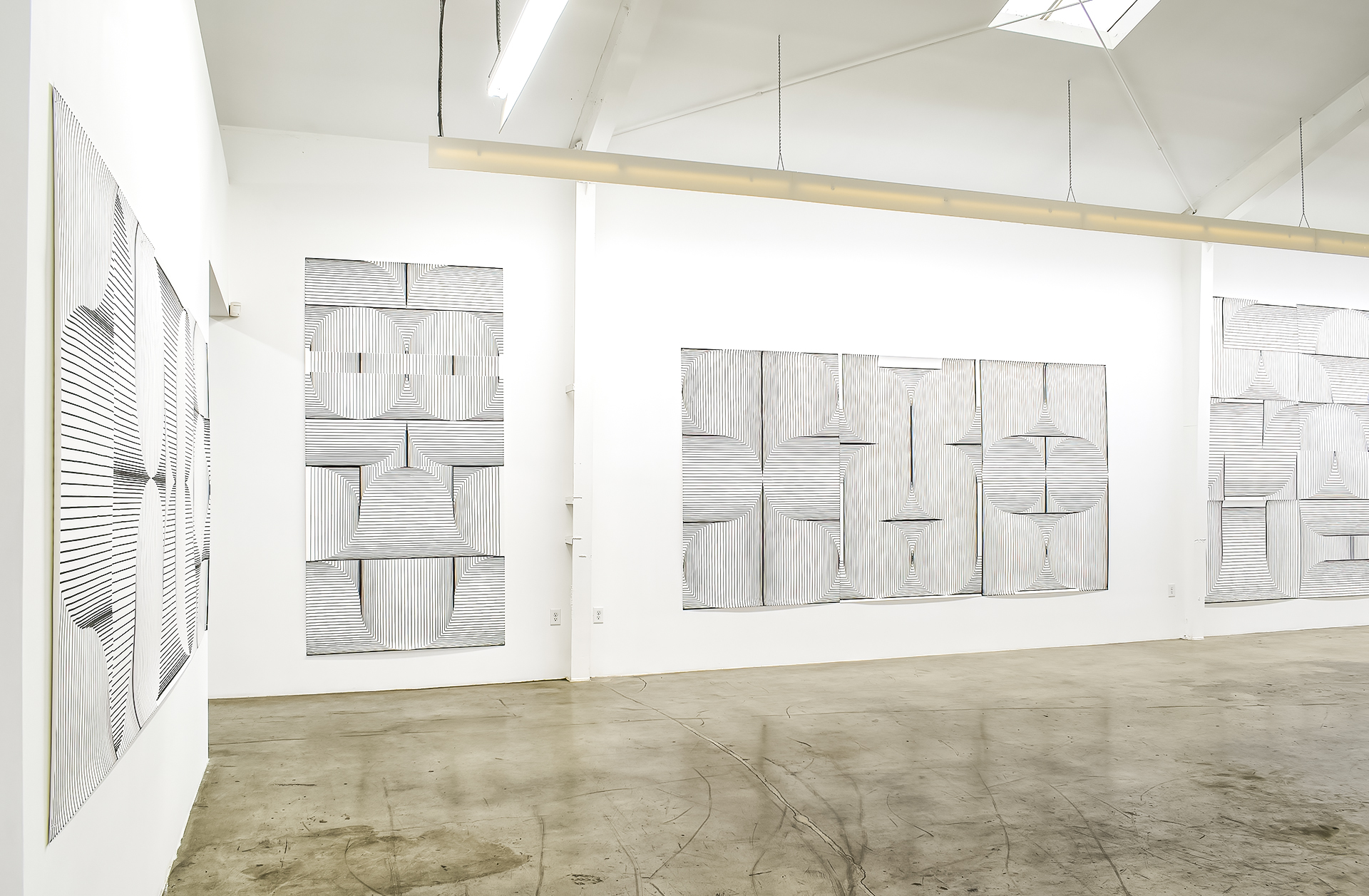 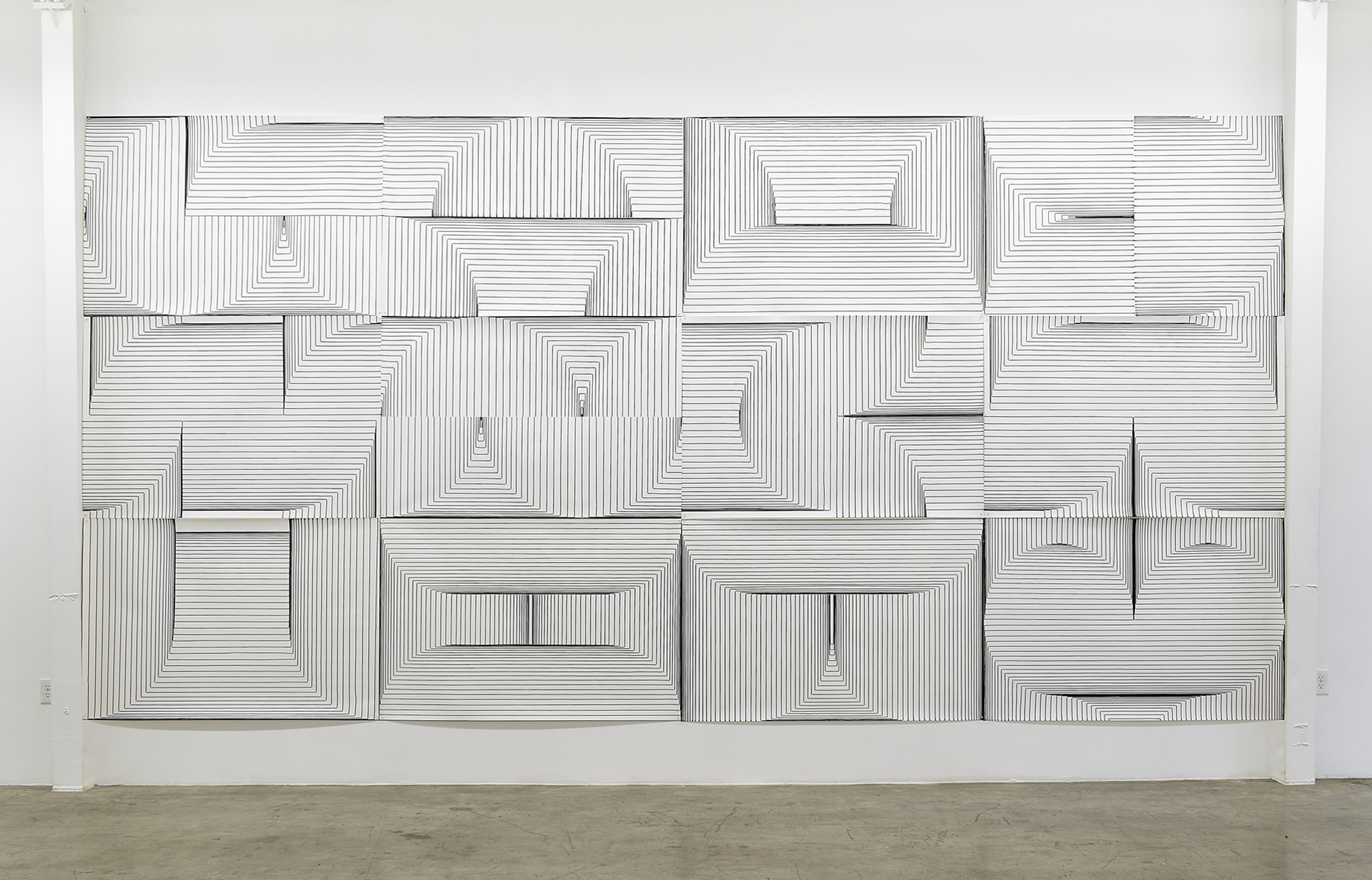 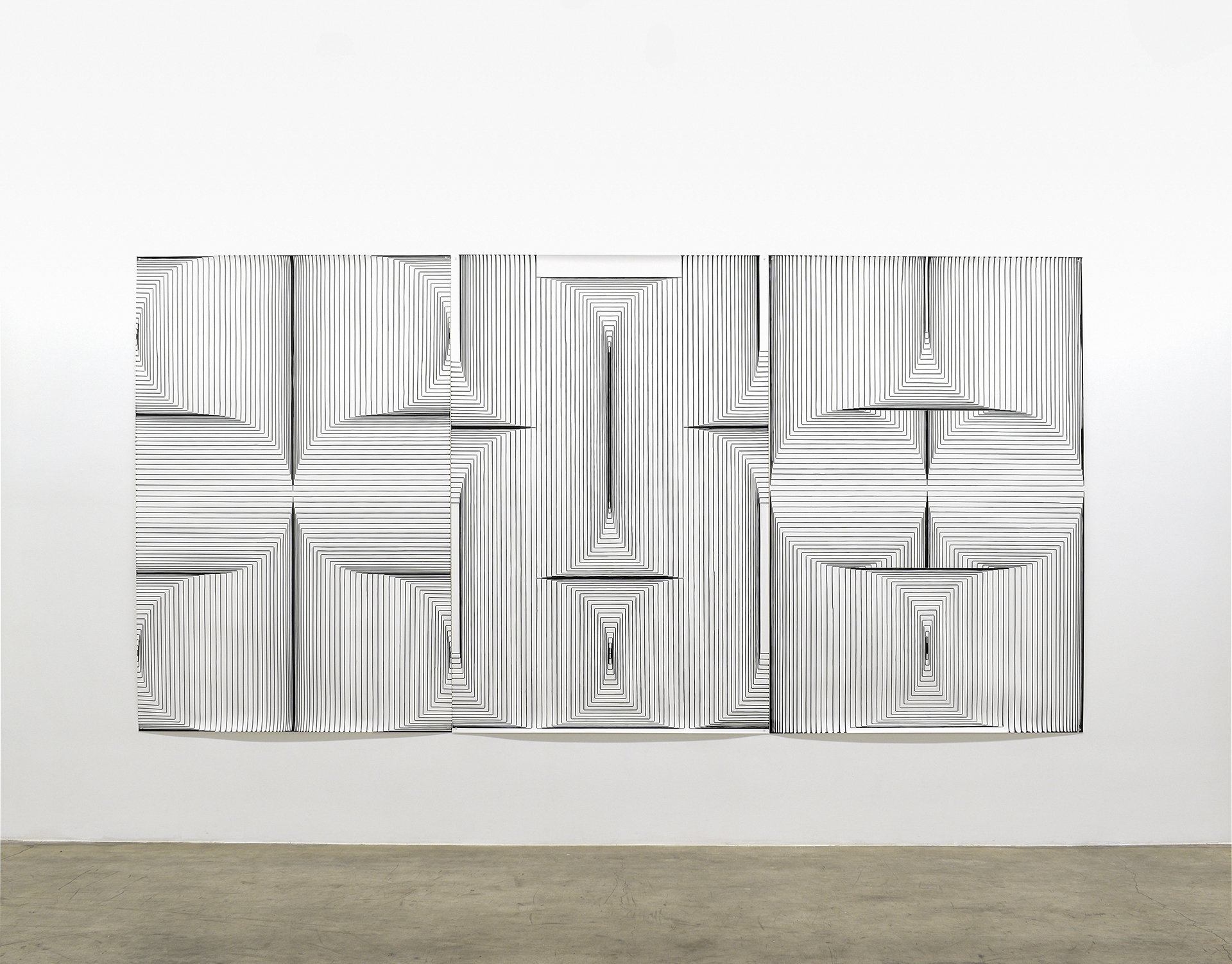 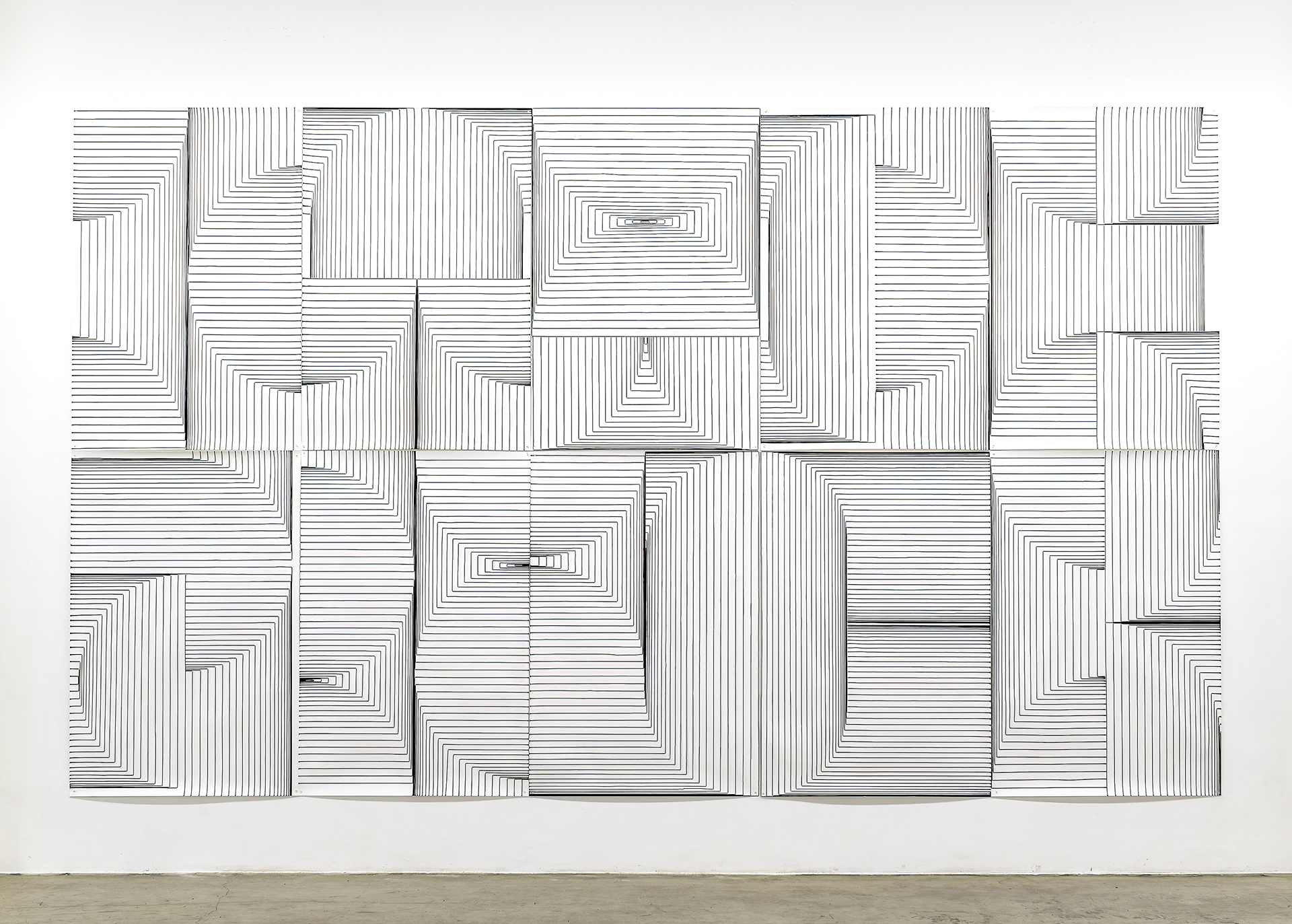 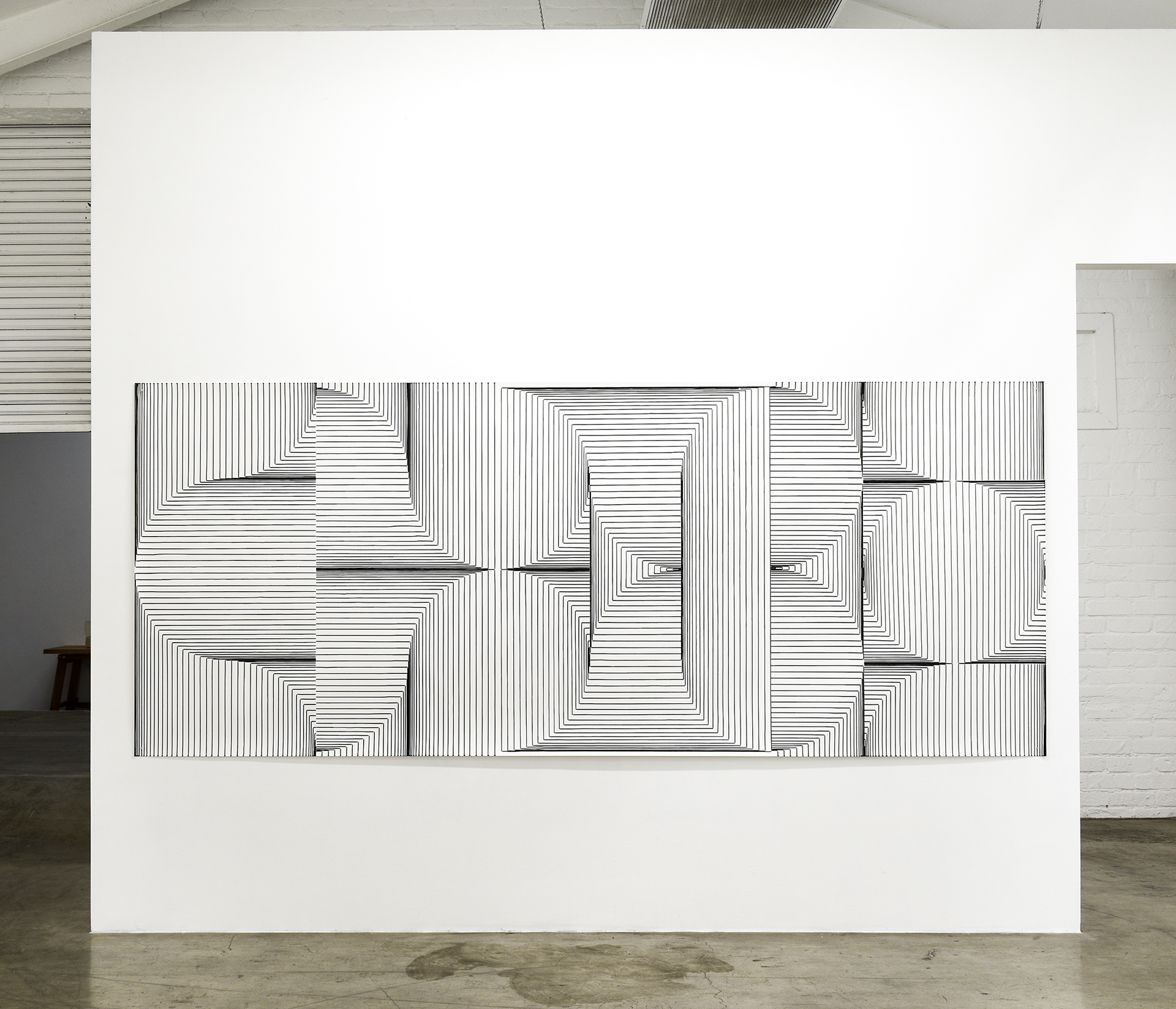 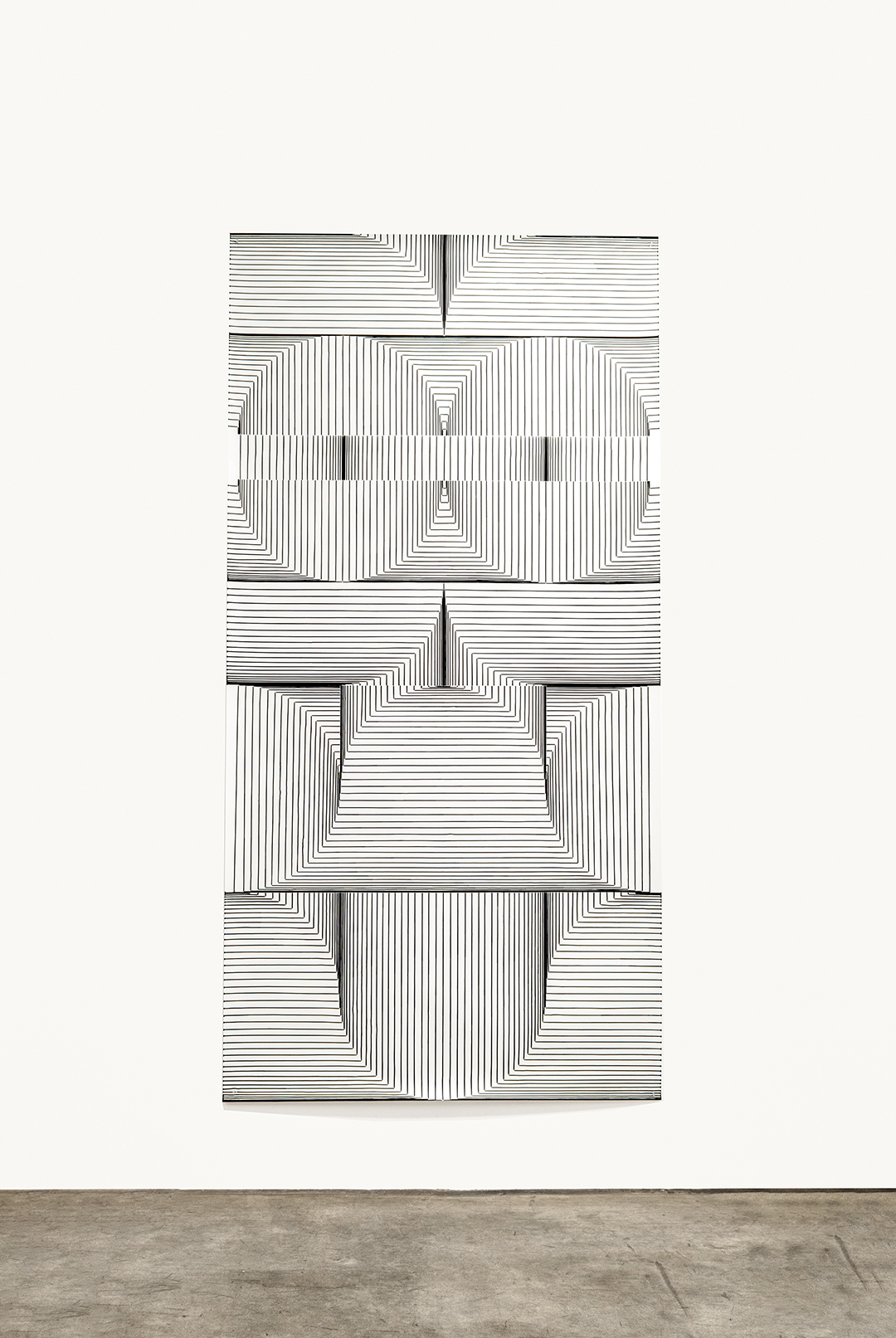